When you need to engineer a material into different shapes, there is not a better tool than a jigsaw. This is an engineering power tool with a blade at the bottom used for cutting materials like metals, wood, laminate and PVC. You can cut them straight or curved but its most common application is making curved designs inside these materials.

A jigsaw can be divided into many parts but the main parts include the grip, motor, wire, and a fine blade at the bottom which does the main job. The blade gets its power from the motor providing a vibratory motion and the speed is measured in Strokes per Minutes. Most 6.0 amp motors are able to deliver at least 3,000 SPM.

Not all jigsaw blades have the ability to cut all kinds of materials. Thus for each material or a two, there are different blades and when you need to carry out a job, choosing the right blade according to the job becomes important. For instance, a carbon-steel blade can cut wood and PVC while a bi-metal can cut metals.

There are two major types of jigsaws which are mentioned below alongside their descriptions:

This is the first main type of jigsaws. As the name suggests, this one own a cord and the motor gets its power from the main electric source where it is plugged in. The corded jigsaws are usually more powerful and draw more energy but aren’t very portable.

A cordless jigsaw doesn’t have a wire and of course, it gets its power from a battery which must be recharged. These jigsaws are very portable and lightweight machines, however, they aren’t usually as powerful as the corded jigsaws.

So these were two major types of jigsaws. The other types are formed based on the blades used but those cannot be ranked as the major classifications.

How a Jigsaw Functions?

There are two major components of a jigsaw power tool namely the motor and the blade. The blade is a reciprocating part which follows the vibratory motion mechanism while getting its power from the motor. The speed of a jigsaw is measured in Strokes per Minute (SPM).

A jigsaw has many bevel levels starting from 0 degrees and ending at 45. The quality jigsaws with more functions usually perform at all four levels including 0, 15, 30, and 45 degrees. However, while the work needs of different people may vary, they may only require just one.

Types of jigsaw blades differ according to various materials which are used in their making. These material define the type of material they are going to cut. Some of the most common jigsaw blades used by people are:

This is the most common and conveniently used jigsaw blade which is known for cutting materials like wood and PVC pipes.

These are more powerful blades which are used to cut metals. These usually have hardened teeth.

These blades aren’t very different from jigsaw blades but in fact, more powerful and can smoothly through even harder material. 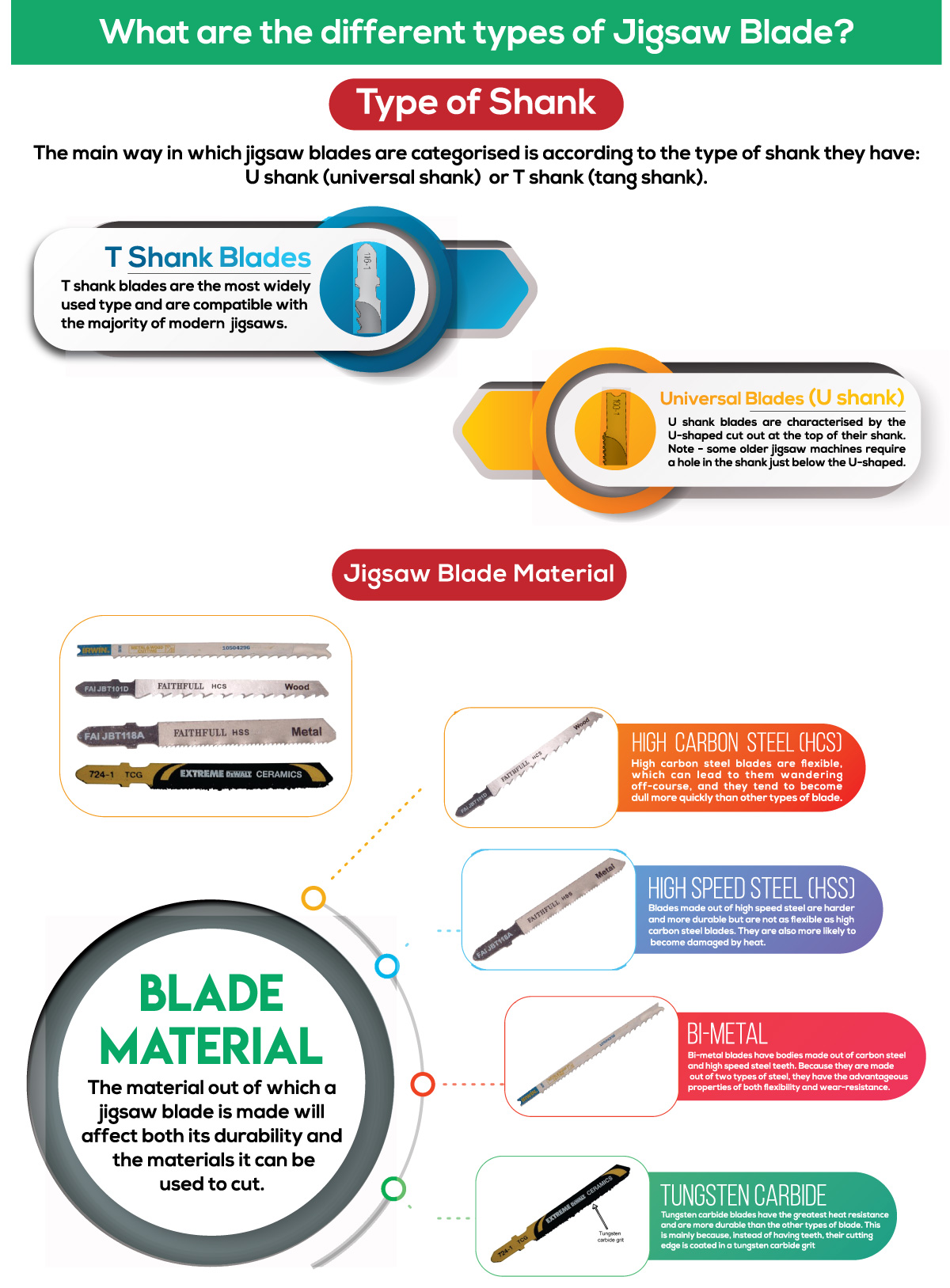 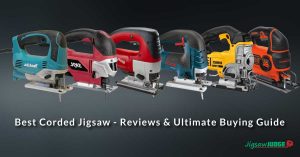 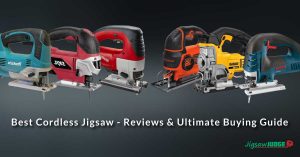 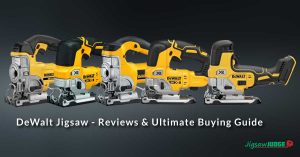 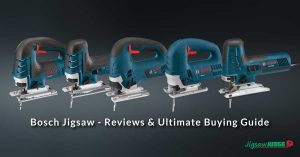 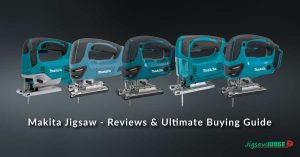 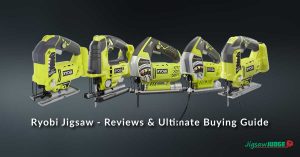 Jigsawjudge.com is a participant in the Amazon Services LLC Associates program, an affiliate advertising program designed to provide a means for sites to earn advertising fees by advertising and linking to amazon.com